In the photo below, on the first wagon in the train, what would the significance of the yellow stripes on the body be? 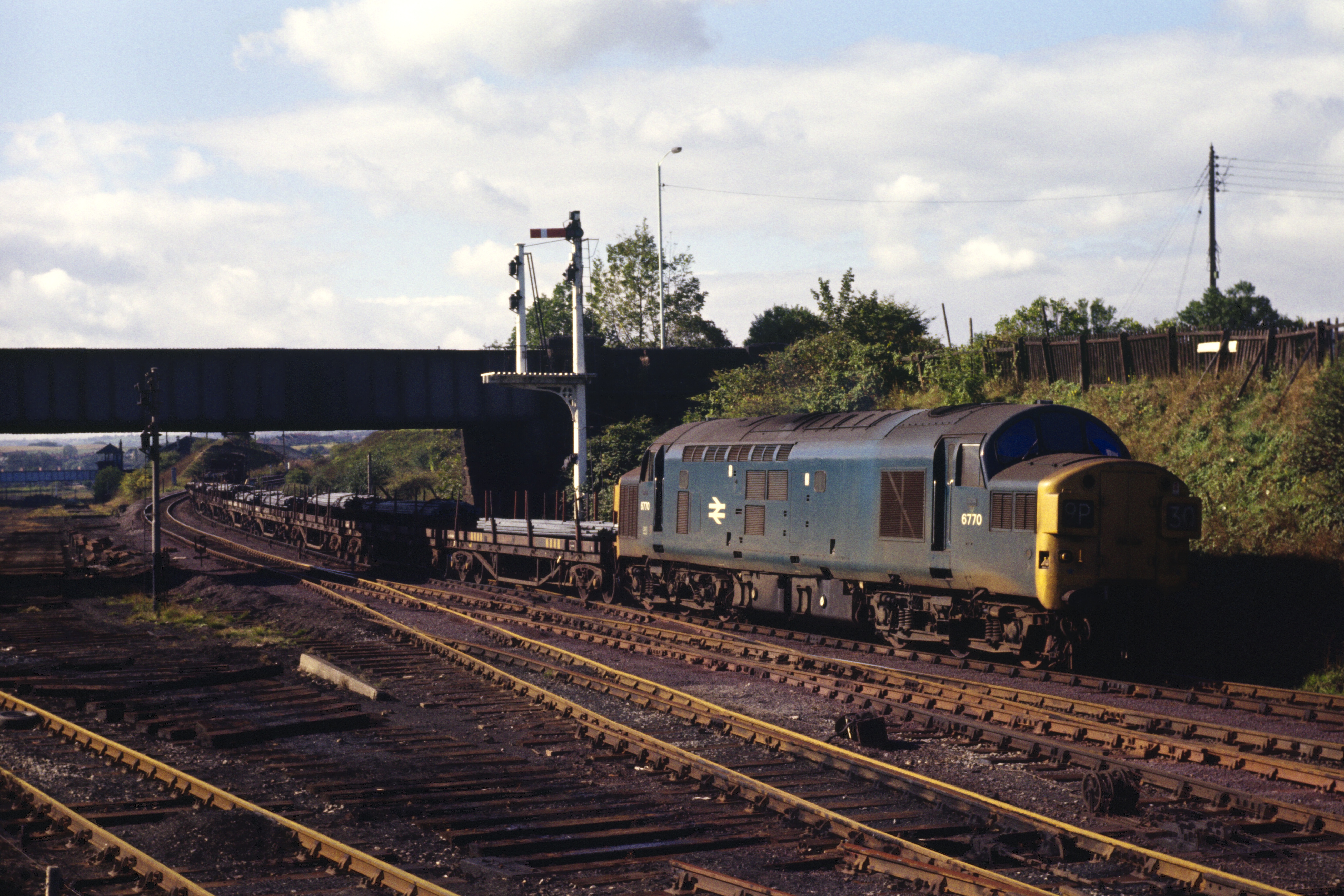 Yellow stripes were used on some BDA wagons to indicate the wagon positioning when being loaded by crane. This could be the case on those you've illustrated, - to get the standard loads centred?
a@y
Top

John Donnelly wrote: what would the significance of the yellow stripes on the body be?

John,
Just found this post. Dunno if you've yet had a definitive answer?

The bolsters were modified to be level with the top of the side raves with considerably taller stanchions being fitted. They were designed to carry their loads unchained (as in the phot) with sideways movement being prevented by the positioning of the stanchions. Loads were not to exceed 43' in length and should be loaded equal ended. Doesn't seem to be the case in Mr Jamieson's photograph.

If fore and aft movement needed controlling stanchions could be fitted in the additional holes towards the centre of the end bolsters. The operations manual states, "Traffic to be conveyed on through trains from originating point to destination"

Provision was still made for loads to be chained but should not exceed two foot above the top of the bolster.

I'd e mail you a copy of the instructions but my ISP is playing silly bu**ers again.