If you are making something new or have found something, announce it here.
Post Reply
2 posts • Page 1 of 1

This single bolster dumb buffer wagon was built in large quantities from 1870, with over 1400 passing into LMS ownership. Conversion to sprung buffers began in 1913, when they were fitted with the self contained RCH type. Originally fitted with direct action wooden brake blocks on one side, these were later replaced with a push rod single iron brake shoe variety. Subsequently some were equipped with double brakes, when converted to sprung buffers. The kit caters for the earlier two variants.
Priced at £15:00, the kit consists of a resin cast wagon body, with nickel silver etched underframe and cast white metal and brass fittings. Split spoke wagon wheels and couplings are not included, although the kit includes brass pinpoint bearings and etched coupling hooks. The nickel silver underframe can be assembled with rigid or compensated axles, or the “Prickly Pear” system.

London Road Models products can be found at http://www.londonroadmodels.co.uk
can be contacted by email at londonroadmodels@btinternet.com. or by post at P.O. Box 643, Watford. WD18 6ZU
Top

Usually manufacturers wait until one finishes the scratchbuilding project before releasing the kit.

I started these two weeks ago... 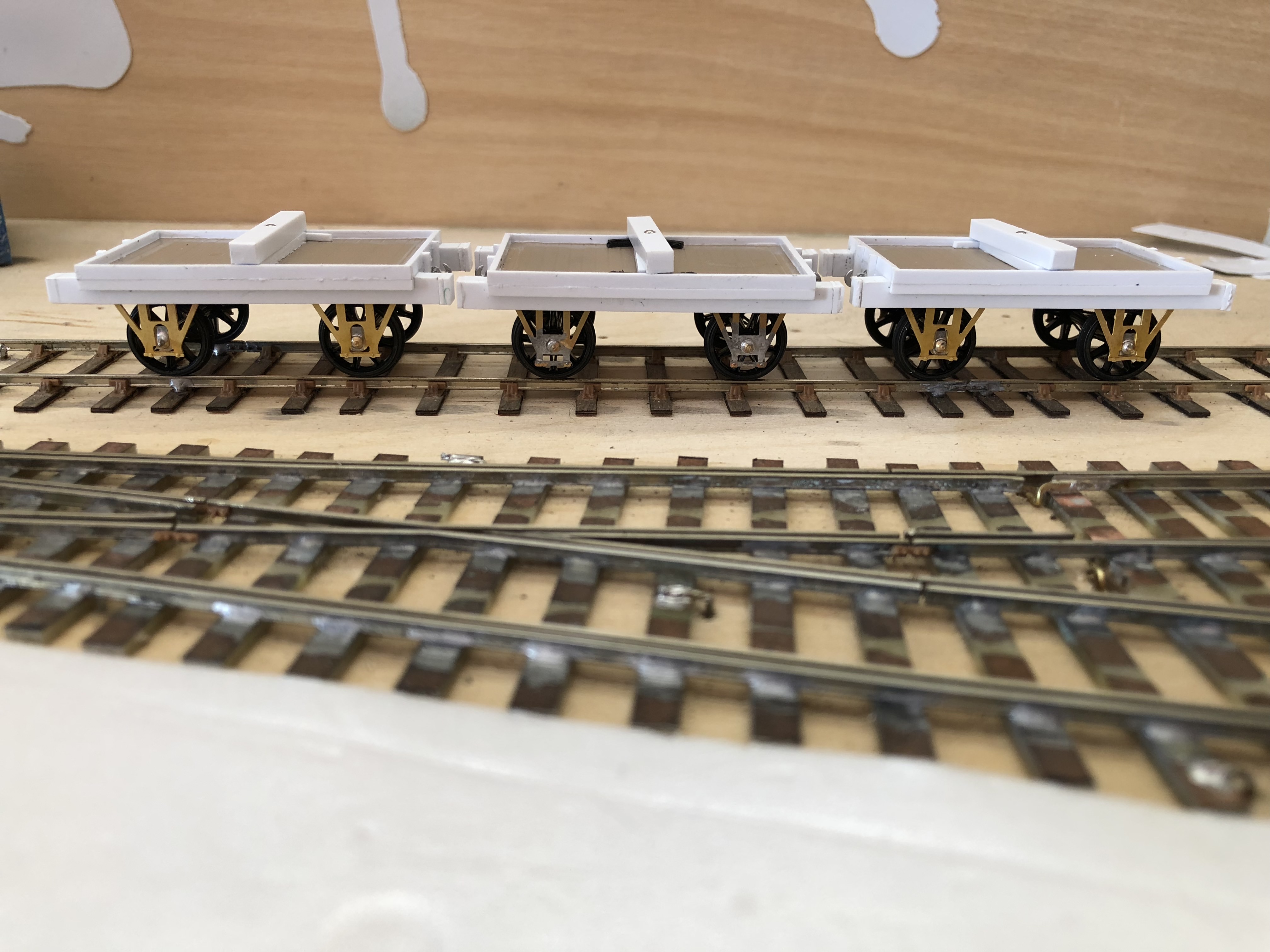