Derek was wondering if I could make a video of Grayrigg, but I had already started on a complete reconstruction and thought it unlikely I could have it finished and be able to make the video in time for the date he was needing it. Pity as it is a good idea. Maybe sometime in the future.

Yes I had a major disaster last winter. We had a storm which damaged the flat garage roof and quantities of water came in. Grayrigg was quite badly damaged and fortunately Dubbieside, which is on a lower level, survived OK. The roof has been professionally replaced and the interior repaired by myself.

The Grayrigg layout has two levels, the lower has a down and an up storage yard which feed through to an upper level which has Grayrigg modelled and a scene on the climb to Shap at Scout Green, there was planned to be a further scene as yet to be modelled, although the trains run through it coming and going from the lower levels.

When the damage was done I maybe rushed to dry everything out and perhaps should have used a de-humidifier and then gentle heat. Instead I dried what I could and left the heater on all night - in the morning when I walked in it was like a sauna! Further inspection showed that most of the upper boards at one end of the garage had warped quite badly and the lower ones also showed signs of damage. A big sigh and I closed the door and decided that I would make an attempt to recover it at a later date - I was busy building my new exhibition layout at the time and expecting to have to have it ready for Scalefour North earlier this year.

However Covit arrived and turned my year upside down - so I decided to stop work on the new layout as it would not be needed for a while and instead spend maybe six months and completely rebuild Grayrigg. I am about three months into the re-construction and in the process I am lifting all of the track, replacing all of the foam underlay, which I have never been happy with and replacing boards where necessary and relaying on top of a new cork base.

My method of construction allows me to take all the scenery off as well as signals buildings etc. and the top boards unhinge from the lower boards to allow access to the lower track. Everything is held together using bolts or hinges. The up and down storage yards will be finished I hope by Sunday and then I am going on to the upper layer where there has been most damage to see what can be done to the main station scene. I am assuming another two months dealing with that and a final month reworking the rest before the scenery goes back on I will probably test run it with the trains. If all goes well it can be returned to normal running by Easter I hope.

Fortunately I had taken all the trains off before the storm hit and had them in my studio in the house, so no damage there. I am taking pictures as I go along and will put them up somewhere. It is allowing me to include a few improvements as I go along. I will not put them up here John as this is your interesting thread and I do not want my present difficulties to be a distraction from what is a very nice thread indeed.

Sounds like you've turned a disaster in to an opportunity, I look forward to seeing the results...
www.southpelawjunction.co.uk
Top

Yes I am hoping it will turn out OK. The intention of the layout design - and considered from the beginning, was to allow for maximum flexibility and ease of alteration. It was always intended that alternative scenic treatment would allow for other lines or companies to be portrayed, without the need to build yet another layout. After all more than two thirds of layout construction are spent on baseboards, track, wiring etc. and only, if that, one third spent on scenery. My Intention was to build Grayrigg as that was what my son also wanted to build - he has a good number of 1960's diesels - and I would build the steam locos for the layout. When the layout was complete as Grayrigg then a separate scene altogether would be created as an alternative - I had hoped to do something based on the Waverley Route as I had a Scalefour Model museum in Melrose Station during the 1980's, so once the repairs are done I hope to do something about this.

The track plan is not exactly what was at Whitrope Sidings just beyond the entrance to Whitrope tunnel, but a possible variation (a what might have been there with two loop provision and a couple of short sidings. Of course I cannot call it Whitrope Siding (which was its title in real life) as it had only one refuge siding, but I hope to call it Whitrope Summit Box - this I am sure will cause no end of confusion, but I will still try to capture the essence of the place! Both routes saw many of the same types of engines and I can also add some of the locos I have run on Dubbieside over the years. I even have some NBR locos and stock for an alternative service - this layout could keep us happy at home for years to come so worth the few months investment being put in now.

The latest wagon on the bench, a cut and shut of a couple of old Triang Trestrols to produce a Trestrol EC as per Brian Self's article in Snooze 176. Wheels from Keen Maygib, buffers from Lanarkshire Models. 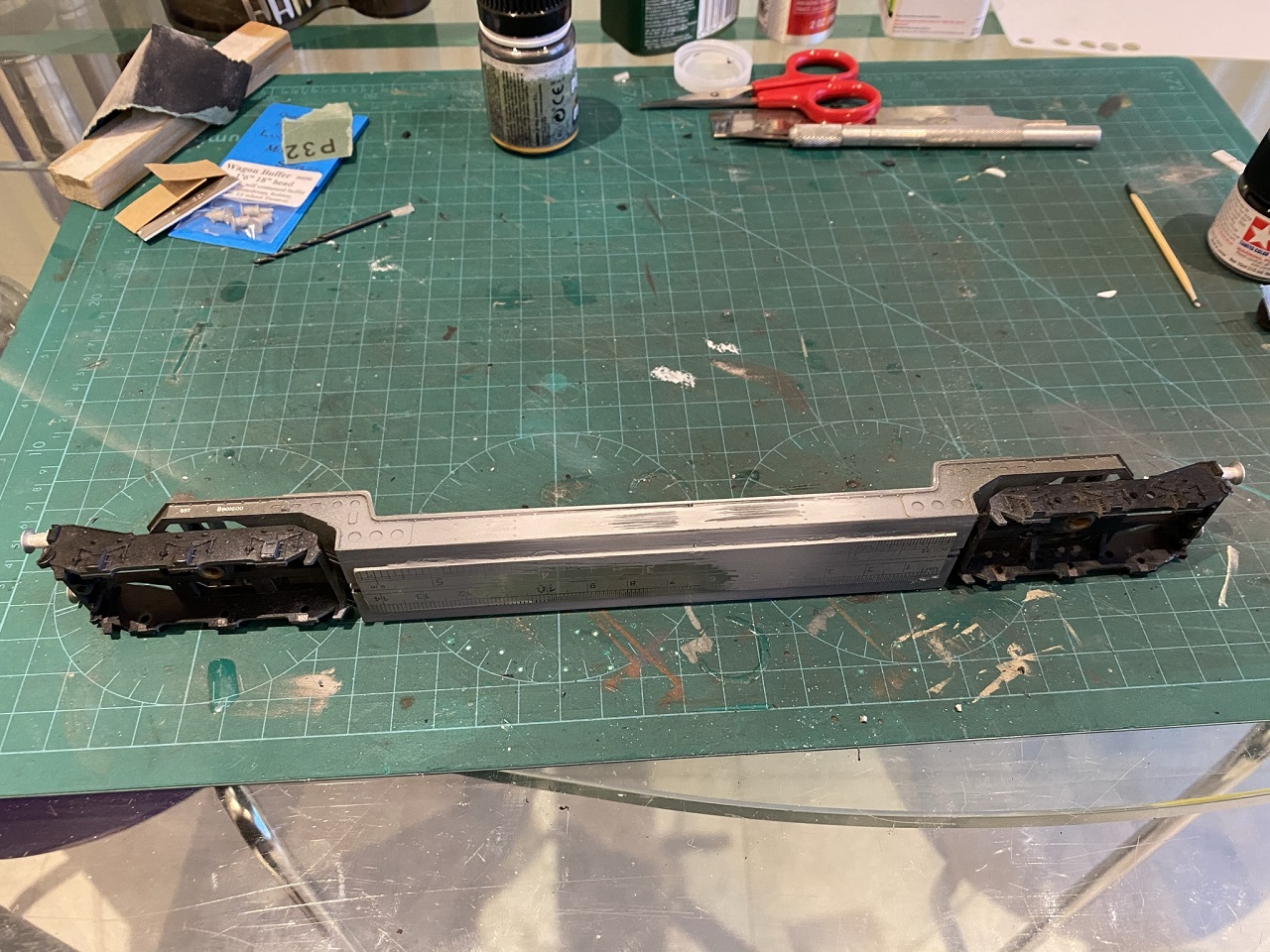 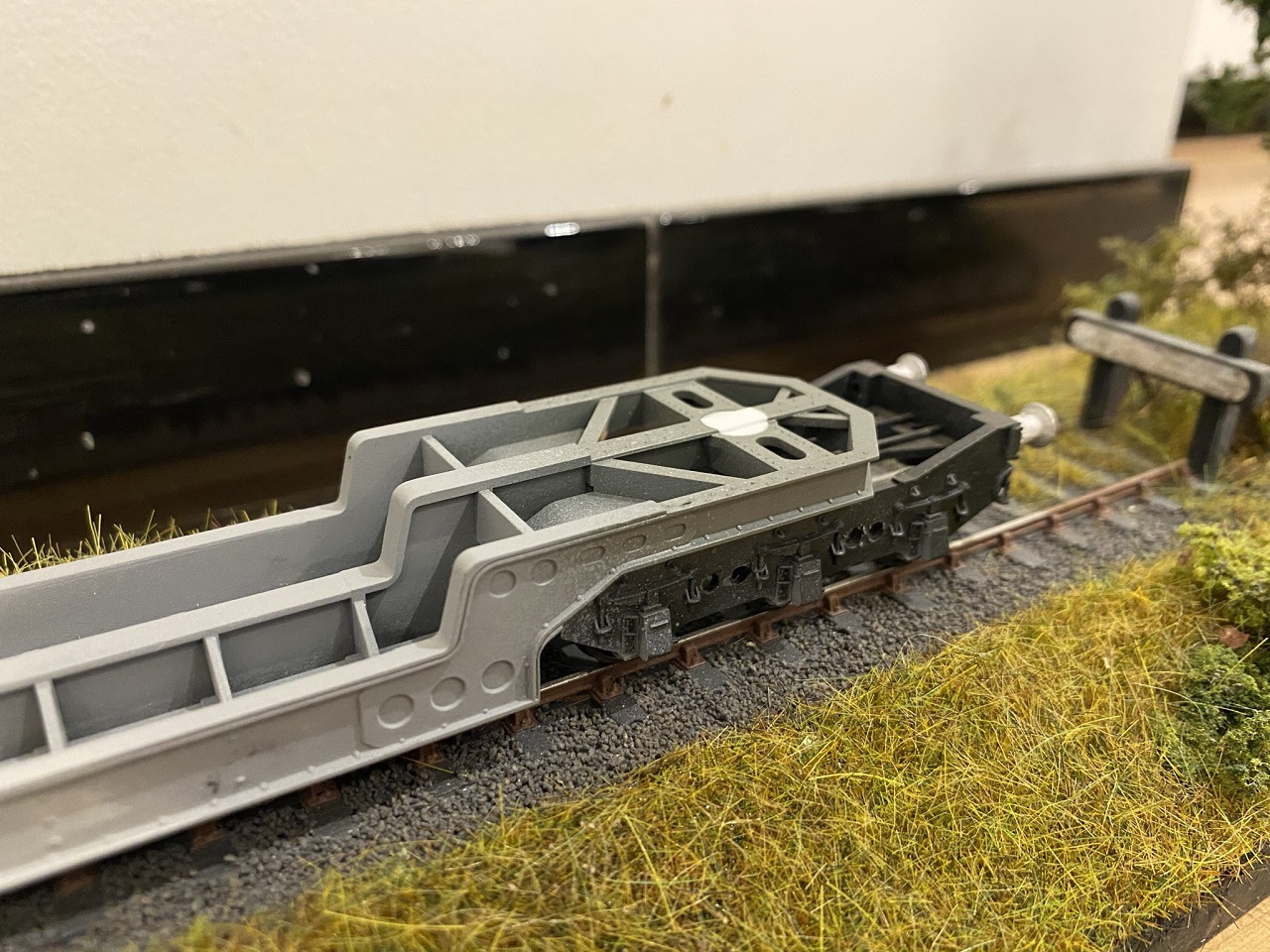 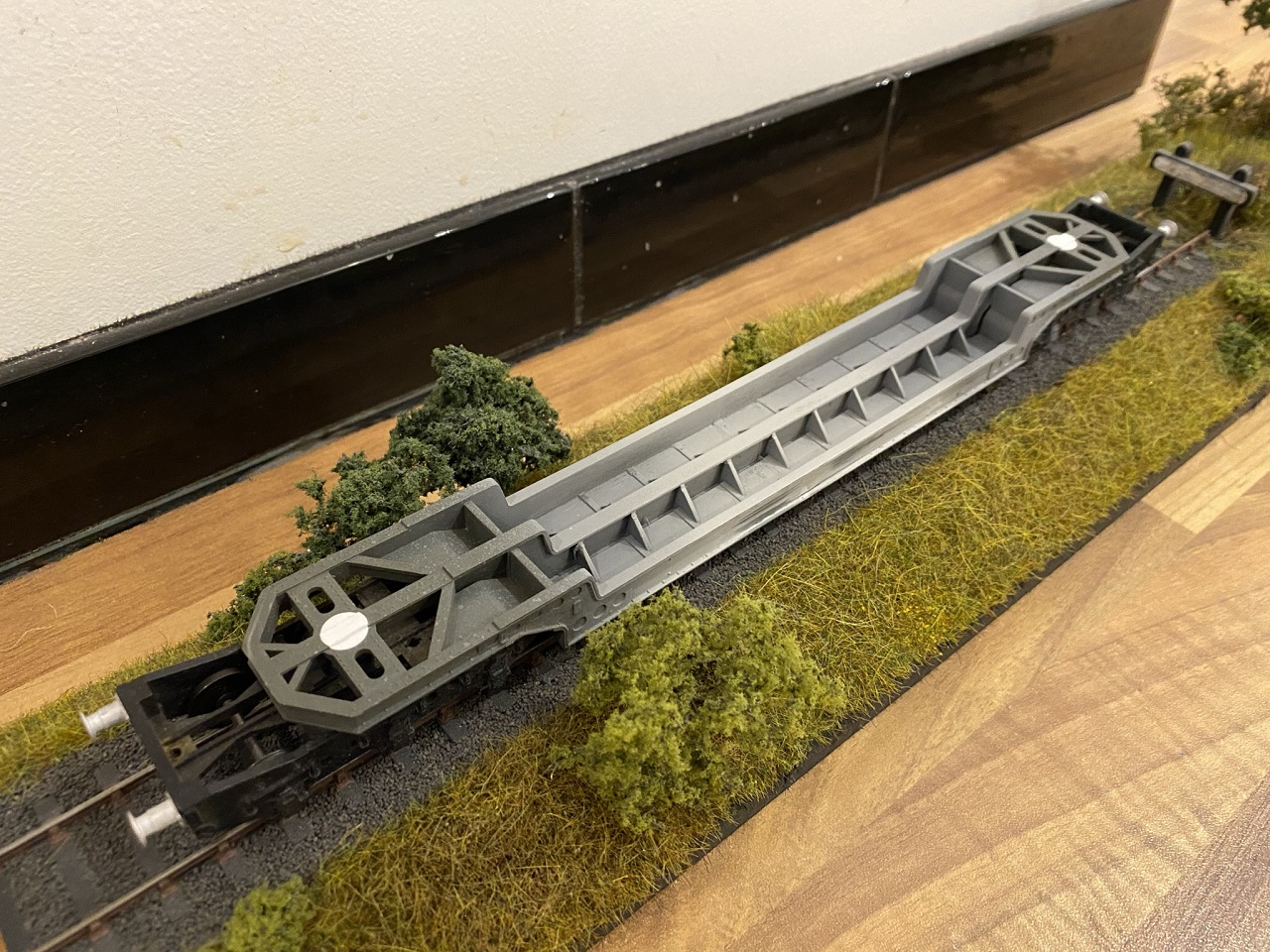